OAGE is committed to maintaining close working relationships with the Ohio Department of Aging, the Ohio Area Agencies on Aging, Ohio’s post secondary institutions, and all professional organizations and individuals in the aging network.

Purpose Statement
OAGE serves as the official technical advisory body of the Ohio Department of Aging on issues of education, training and research in aging. OAGE evolved from the Ohio Network of Educational Consultants in the Field of Aging (ONECA). 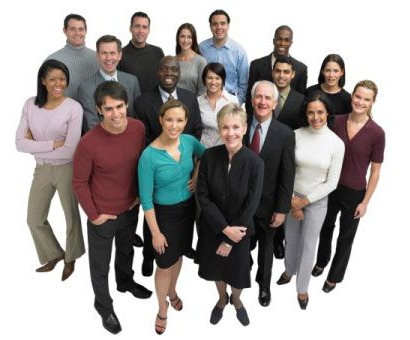 A letter from our President addressing recent social injustices

The Ohio Association of Gerontology and Education, Inc. (OAGE) was an outgrowth of the Ohio Network of Educational Consultants in the Field of Aging (ONECA). In September 1975, a meeting entitled, “Dialogue: Academia and Administration” was held in Ohio. The purpose of the meeting was to develop efforts with post secondary institutions in Ohio, who provide gerontological education and training, the Ohio Department of Aging, who funds the Area Agencies on Aging and oversees the aging services in Ohio, and the Area Agencies on Aging in Ohio, who provide funds for direct services to older adults, to work more cooperatively with one another, and to find ways of sharing their expertise with one another. In attendance at this meeting were 12 Area Agency on Aging directors, 13 representatives from post secondary educational institutions, and state training and education specialists. As a result of the dialogue that took place within the meeting, ONECA was formed.

The group of consultants selected a president, vice president, treasurer, and secretary as well as committee chairs. Bylaws were written and approved by the educational consultants. The Area Agency on Aging representative and the Ohio Department on Aging representative were considered ex officio members and did not have voting privileges. The purpose of ONECA was to serve as the official technical advisory body to the Ohio Department of Aging (ODA) on matters of education, training, and research in aging in Ohio. In addition, ONECA was available as a body of consultants to the Area Agencies on Aging and other organizations providing services to older adults in the aging network.

A primary task of ONECA was to review the training budget for each of the Area Agencies on Aging. Monies were allocated by the Older Americans Act for direct services to older adult programs. The Older Americans Act money came from the federal government to the Ohio Department on Aging, and then was allocated to the Area Agencies on Aging, where bids were accepted from direct service providers to implement the services to older adults. Some of this money (Title IV) was set aside for the training and education of staff members. Staff members in the PSA of an Area Agency on Aging went to workshops or conferences, or took educational classes to enhance their skills in working with the older adult population. Many of these education and training programs were paid through Title IV monies of the Older Americans Act. It was the task of the educational consultants to review the proposed training budgets of Title IV of the Older Americans Act allocated to the PSA in order to provide assurance that the money was being spent appropriately and that the content of the training sessions was of high quality.

A second task of ONECA was related to professionalizing staff members working in the field of aging and new staff members coming into the field. ONECA initiated an Annual Ohio Professional and Student Conference on Aging. The purposes of this conference were to continue staff development for those working in the field of aging and to introduce students to the field of aging. There were sessions for students as well as professionals, and students had the opportunity to be involved in the planning process as well as serve as presenters at the conference. ONECA always had a great commitment toward students.

A third task of ONECA was to provide input to the Ohio Department on Aging and The Ohio Area Agencies on Aging in a variety of ways. Some of these ways are listed as follows: (a) participating in special projects, such as serving on task forces to address various issues in aging; (b) making recommendations for training needs in Ohio; (c) developing position papers on many issues related to aging services in Ohio; and (d) developing training materials and information for those working in the field of aging.

ONECA received its funding through a small grant from the Ohio Department of Aging. This grant was renewable from year-to-year and made it possible for consultants to be reimbursed for hotel accommodations, mileage and food. In addition, grant monies were used to partially underwrite the Annual Ohio Professional and Student Conference on Aging.

From 1999-2001, the group of consultants began discussing the formation of a new organization. They decided to form a membership organization in order to more effectively meet the needs of professionals and students in the Ohio aging network. The name of the new organization was changed to The Ohio Association of Gerontology and Education, Inc., which was incorporated in April, 2002. By pooling together a large resource of professionals in the field of aging, the board believed that the organization could provide a greater number of resources and information to educators, practitioners, and researchers in the field of aging as well as to students planning to work in this field.

A five-year plan was developed over this time period. The business plan emphasized dissemination of research to practitioners, educators and students. In addition, greater importance was also given to practitioners and the innovative work that they do in the field of aging. A Website was developed in order to carry out this task of highlighting innovations in research, education and best practice methods among practitioners. Also, greater involvement of students was identified in the strategic planning process as a way of preparing students for future work in the field of aging. In addition, the annual conference on aging for professionals and students was continued as an important forum for the discussion of issues among researchers, educators, practitioners and students. Although the educational mission is still highly valued within the organization, the dissemination of research, practitioner innovation, and student development are important priorities as well. The Board for this new organization is comprised of members from all four groups, and hopefully will enhance communication and interaction among these groups. It is the belief of the organization that that better communication and interaction among professionals in the field of aging will provide a better quality of services to the older adult population.

The Board of The Ohio Association of Gerontology and Education, Inc. has kept dues to a minimum in order to facilitate membership, and has reduced conference fees for students, making attendance more feasible and attractive. OAGE is more open and responsive to the needs of professionals working in the field of aging in providing information that will directly and indirectly serve older adults, and will more easily adapt to changes as the field of aging changes.