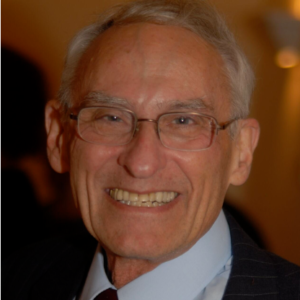 Dr. Kahana was a long-term member of ONECA/OAGE serving two terms as President and was an Emeritus Trustee of OAGE.

Dr. Kahana has made important contributions to the field of gerontology through his research, teaching, and service. Dr. Kahanna authored or co authored over 180 journal articles and book chapters and made hundreds of professional presentations. He received the Outstanding Researcher in Ohio Award from the Ohio Research Council on Aging and ONECA and had major grant support from NIH, NIMH, and other sources. Before coming to Ohio in 1984, he was on the faculty of Washington University in St. Louis and on the faculty of Oakland University and Chair of the Psychology Department. He was Chair of Psychology at Cleveland State University from 1984 to 1987 and continued to teach until just a year ago. He served as Director of Cleveland State University Center on Applied Gerontological Research. He played an important role in developing the first OBR, ODA Position Paper on Gerontology and Higher Education in Ohio. Dr. Kahana also helped major committee assignments for AGHE, GSA and APA as well as served on Editorial Boards for Aging and Mental Health, Psychology and Aging, and Academic Psychology Bulletin. Dr. Kahana’s outstanding career has made major contributions in Ohio, the nation, and internationally.