” I believe that older adults have been overlooked in regards their vulnerability in this area and healthcare providers also do not routinely provide the needed information, and even if they do, substance use treatment services specific to aging adults are the exception, rather than the rule.” 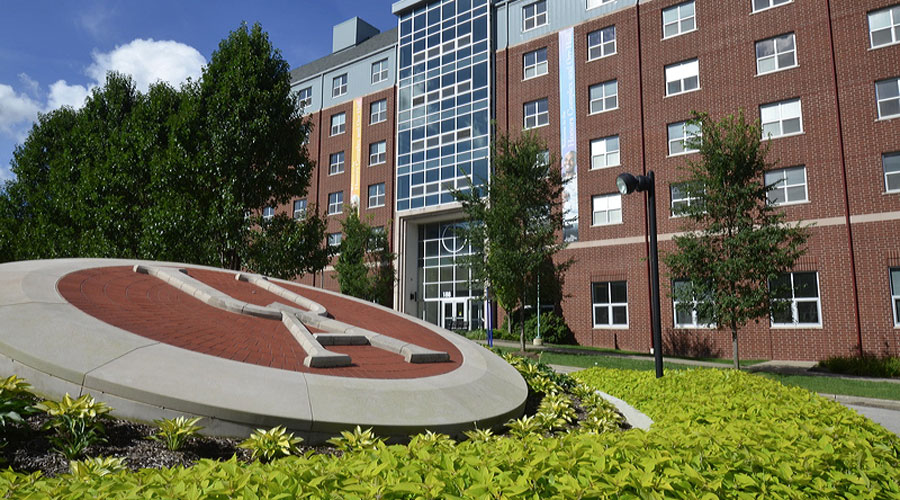 I had the good fortune to participate in the Ohio Department of Aging’s innovative internship program in collaboration with the Ohio Association for Gerontology in Education this spring.  The agency that I worked with is the HANDS Across Medina County Foundation, an organization whose mission is to improve the quality of life for older adults in Medina County.  The HANDS Foundation has its office in Brunswick, but true to its vision:  The HANDS Foundation shall be an instrument for the improvement of senior issues through education, community resources and community partnerships; the majority of what this organization does is out in the community of Medina County.  My site supervisor, Cindie Schneider, is the executive director of the organization and I have collaborated with her for the past 10 years on issues related to behavioral health and well being in the aging population in Medina County.  The project that I was involved with, Making Prevention Work for Older Adults is in its 10th year.  This project focuses on increasing older adults and care providers’ awareness about the unique vulnerability that aging adults face regarding medication and alcohol related problems.  This project has had many avenues to carry the message that older adults are uniquely vulnerable to problems with medications and with alcohoI, from seminars for medical professionals, Brown Bag seminars where older adults could meet one on one with a pharmacist to review their medicines, to co-sponsoring drug disposal efforts, to training emergency professionals and providing Lifepouches to store medical information in a magnetized red pouch and prominently display for emergency service professionals to quickly access in a home.  For my internship, I examined how to increase the effectiveness of one of our most promising programs, Prevention BINGO, which is an educational game specific to the content of alcohol and medication related risks in aging adults.  The development and refining of this intervention has been a continued work in progress.  Many challenges come from simply getting large enough sample sizes to compare pre to post test change.  I have also wanted to gather data that would demonstrate the difference between groups receiving the intervention versus not receiving the intervention.  My focus during my internship was to work closely with Dr. Sterns and edit our pre and post test to best evaluate what we are wanting older adults to learn.  Specifically, items were edited to be more clearly stated, and item scales were changed from a dichotomous, yes/no format, to a Likert scale, which has the advantage of identifying degrees of change.  Ideally, I wanted to end up with at minimum of 30 participants for an intervention and no intervention test condition.  We have had several Prevention BINGO games scheduled and then rescheduled, due to circumstances beyond our control.  The events that we have scheduled in Senior Housing complexes have been the most successful, as residents do not need to travel to participate.  The event is held right in their own community room in their apartment building.

Prevention BINGO (PB) includes information about older adults and polypharmacy, and alcohol use risk associated with aging.  Research-based educational facts were organized into teaching points to create a BINGO game. An image or icon related to the fact or information content was assigned to each teaching point.  The PB program consists of BINGO playing cards. The cards have 10 randomly assigned presentations of the teaching point images/icons.  The presenter uses a master set of educational cards   that   contains   the image/icon found on each player’s BINGO play card. The master set of educational cards shows the image/icon on the front of the card and lists the educational content on the back. In this way, the presenter  may hold the card for  all  players  to  see, while reading  the  educational information  from  the  back  of  the  card.   Each test question is highlighted on the back of the educational cards, so that the presenter may clearly state that information to the players. Information printed on the back of the master set of educational cards also aids in maintaining continuity between presenters, because the information is presented consistently. Players place tokens on the image/icon on their playing card, one at a time, after each image/icon is presented from the educational master   card.   Participants play   actual BINGO   for small prizes while learning   about   the topics.  Even  though  BINGO  may  be  called  early  in the  game,  play  proceeds  until  all  educational  image cards   are   presented.    The   pre-test    administration occurred before the first card is drawn.  The post-test administration occurred   immediately   following   the game play. The program can be administered in approximately one hour.  The PB program  was first introduced  in June 2007 to  groups  of  older  adults  (60 and  older)  in  Medina County  simply  as an  effort  to  increase  awareness  of the risks related to polypharmacy and alcohol use. Attendance increased; participants enjoyed the program and awareness seemed to increase.  As requests for   the   program   grew, developers   decided   it was important to evaluate the effectiveness of the program. Older adults in Medina County were recruited to participate. Interested groups were able to contact the presenters and schedule the program.

The  process  of  playing  PB  began  with  providing information  on   the   purpose   of  the   program   and obtaining   informed   consent   for  data   collection   on program   effectiveness.  Presenters then explained the game play and provided participants with a pre-test. The PB instructor showed each of 27 icon/image cards and read the information on the back of each one to the participants. Once the post-tests were collected, the presenter reviewed the post-test with the participants, so that they could hear the correct answers. The participants were also provided with a list of test questions and correct answers to take with them. Small prizes were presented during the game play to the first five participants who showed a ‘BINGO’   on their playing cards.

Participants were recruited through local centers for older adults.  Advertising was done through the Helping HANDS quarterly newsletter and through fliers posted at the Centers for Older Adults in Brunswick, Wadsworth, and Medina.  Only the Brunswick centers events were scheduled within the time frame of the current study.  A total of 3 events were scheduled.  The first event was established at a center that regularly played bingo and bingo was held as usual for this group, with an explanation of the voluntary participation in completion of the pre and post test for this study.  The “no intervention” group played regular BINGO and completed the pre and post test.  Of a group of 15, seven agreed to participate.  Two other events were scheduled as intervention groups to play Prevention BINGO.  The first event included 19 participants who agreed to play Prevention BINGO and complete the pre and post test, while the second event was cancelled due to a very low number of preregistrations and will be rescheduled.  A total of 26 older adults participated in this study.

Prevention BINGO is an educational intervention designed to raise awareness about aging adults’ unique vulnerability to problems with alcohol, medications, and harmful interactions between the two through play.  This intervention has been developed over the course of eight years, through the work of Hands Across Medina Foundation and Cornerstone Wellness and funding through a Medina County Drug Abuse Commission grant.  The goals of this educational game to increase aging adults’ knowledge about their unique vulnerability to problems associated with their medications, alcohol and drug interactions and to raise awareness about the importance of sharing their lifestyle choices with their physicians. To date, the intervention has been played with over 750 participants since it was first launched in June of 2007.  The initial game included a post test only and over trial and error, a pre, post and follow up test have been developed and refined.  Previous versions of the test used dichotomous response sets with some knowledge content remaining difficult to discern for the adults participating.  The present study has revised the pre and post test to more clearly represent knowledge content and to refine ability to detect knowledge gain through the use of a 5 point likert scale.  Likert scales have the advantage of being relatively easy to construct, it takes little time to construct the scale, and it can be easily used in seeking participant responses to stimuli, and is considered more reliable.  The disadvantage of a likert scale is that the space between positions on the scale may not be equal.

I continue to learn, each time I lead a program of Prevention BINGO-last week a participant noted on one of the items that it didn’t say what kind of drinkwe were asking about (the item asks: in the past 30 days have you had 5 or more drinks on any one occasion and the preceding item asked the participant to respond to the item:  how often do you have a drink containing alcohol).  In my reading and re-reading the survey, it was clear to me that I meant how many drinks of alcohol, but the item didn’t specifically state alcohol in that item-another lesson learned!    It is my goal to submit the intervention to the National Registry of Evidence Based programs, and hopefully see it be utilized by others who seek to raise awareness amongst adults over 60 and care providers about the unique vulnerability that older adults face regarding their medications and alcohol.  I am also hoping to gather more cohort specific data this year, regarding Baby Boomers perceptions of harmfulness about marijuana to develop items in Prevention BINGO that are also cohort specific.  I am so very grateful for the opportunity to work with the HANDS Foundation and for Dr. Sterns’ wisdom and guidance throughout this project.  It has been a great privilege to get out of my office and be able to meet everyone at the Ohio Department of Aging.  I would welcome any input from everyone at the Department about this intervention and would love to have the opportunity to lead the program outside of Medina County.  I believe that older adults have been overlooked in regards their vulnerability in this area and healthcare providers also do not routinely provide the needed information, and even if they do, substance use treatment services specific to aging adults are the exception, rather than the rule.  I am invested in seeing this change and this internship experience is affording me that opportunity to carry this message further.

I would welcome inquiries about leading a Prevention BINGO event from any of the other interns from this years program, or from anyone at the Ohio Department of Aging, as it would afford me the opportunity to try the intervention with different demographic areas.